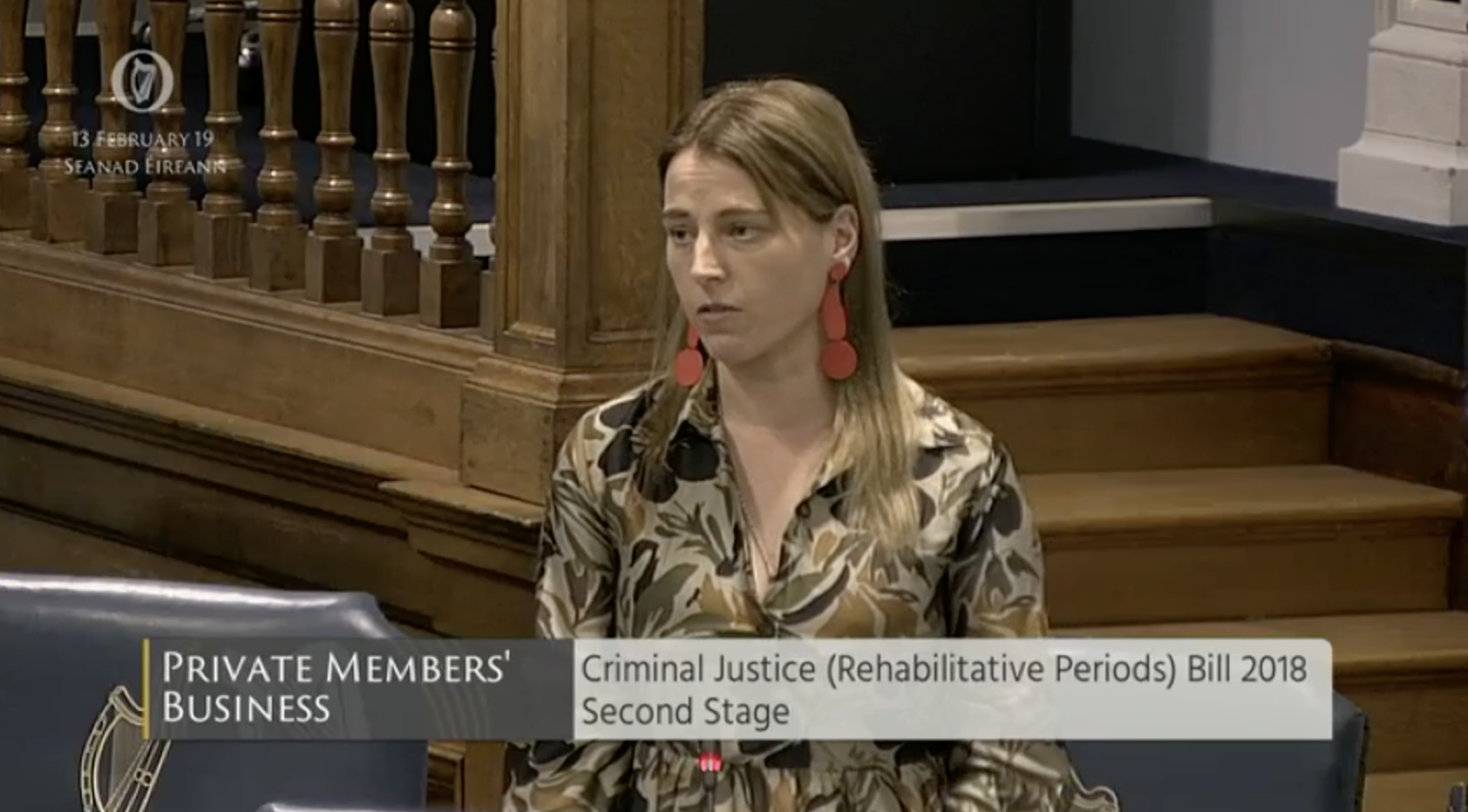 The Seanad has this evening passed the Criminal Justice (Rehabilitative Periods) Bill 2018 without a vote and with the unanimous support of senators present. The bill has now passed second stage and moves to committee stage where it will receive detailed and line by line scrutiny.

Following the progression of the bill, Senator Ruane said:

“I’m really delighted that senators have supported this crucial legislation which will offer a real second chance to former offenders and an accessible pathway to rehabilitation for those who demonstrate their capacity for change.”

“I’d like to thank my Seanad colleagues for their support and Minister for Justice Charlie Flanagan for progressing these proposals. I look forward to working with Minister Flanagan and his officials in the Department of Justice as we now move further through the legislative process.”

The Criminal Justice (Rehabilitative Periods) Bill is a private members’ bill introduced by Senator Ruane, with the support of the Seanad Civil Engagement Group.

It would expand fairer access to spent convictions – minor convictions that don’t have to be disclosed after set period of times when returning to education, applying for a job or being Garda vetted.

You can read Senator Ruane’s full statement from the bill’s launch here and a copy of the bill itself here.