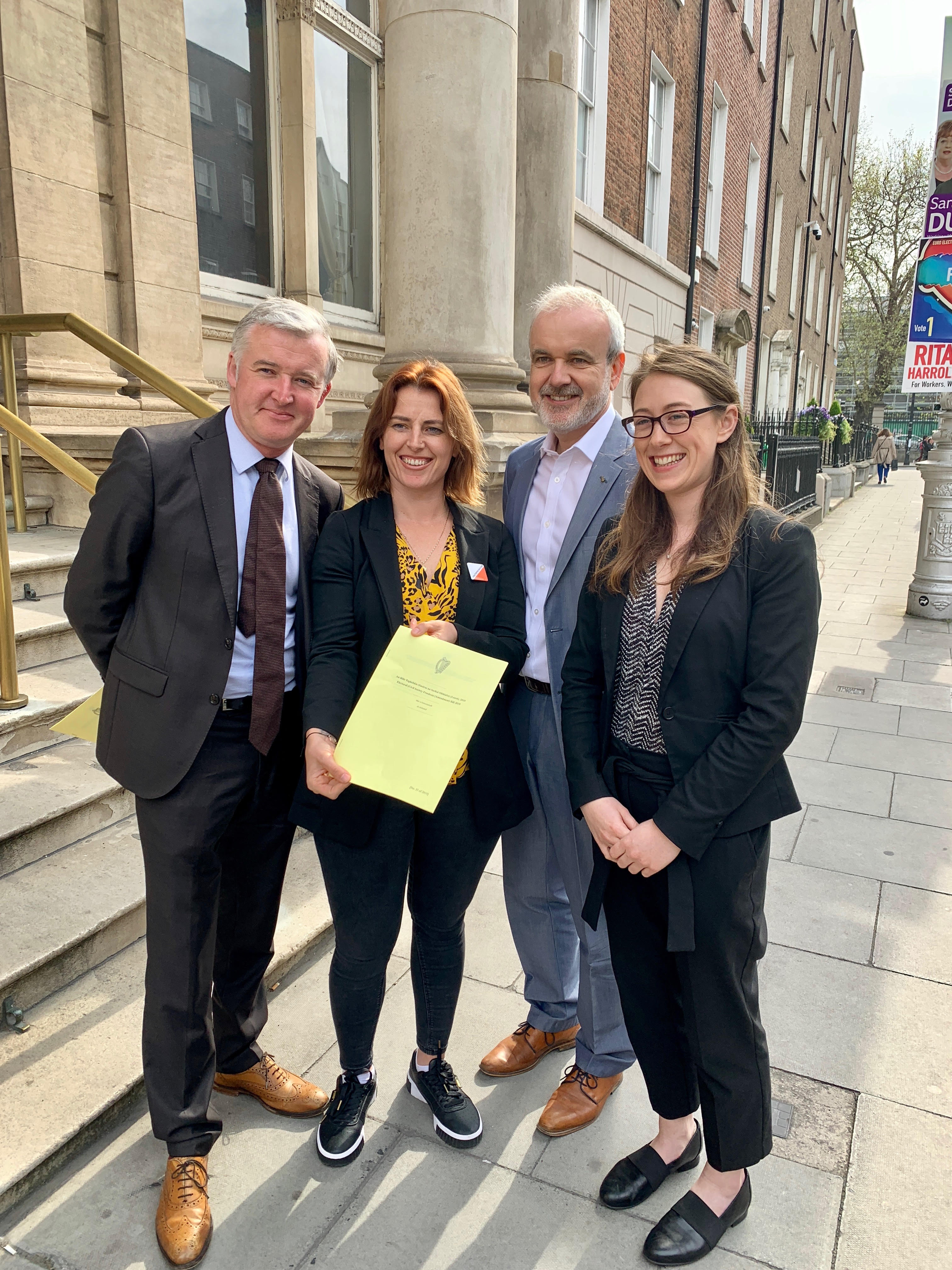 Independent Senator Lynn Ruane today launched her bill for reform of the Electoral Act with support from the Irish Council for Civil Liberties (ICCL), Education Equality and Amnesty International.

“I’m delighted to introduce this reform to support the voices of community and advocacy groups. Ordinary citizens organising together to agitate for progressive change have transformed Ireland in recent years. However, a change to the Electoral Acts made in 2001 has led to a chilling effect on the valid advocacy work of these same groups.”

“Education Equality was accused of breaching the Electoral Act over €10,000 seed funding from an Irish donor. We never imagined the Act, designed to regulate election spending, would apply to a group like ours which campaigned for an end to the baptism barrier. SIPOC threatened us with prosecution and eventually we returned most the funding, dissolved the association and transferred to a company limited by guarantee. Now we can’t accept donations of over €100.”

“Activism is one of the cornerstones of a democracy. When people can make their voices heard, they can bring about real change in our society. However, this law is undermining that fundamental right – something that has been recognised by the EU Fundamental Rights Agency. We urgently need this reform in order to keep our civil society vibrant and effective.”

“The Electoral Act is completely at odds with Ireland’s foreign policy. Ireland leads on UN initiatives to defend the space for civil society globally and been a vocal critic of repression in countries like Russia, Hungary and Egypt. Even though the Act was not intended to undermine civil society, its broad wording has clearly been used to silence NGOs working on a range of equality and rights issues. This undermines Ireland’s standing when holding other repressive governments to account.”

The Electoral (Civil Society Freedom) (Amendment) Bill 2019 has been introduced as a private member’s bill to the Seanad and has been co-sponsored by the Seanad Civil Engagement Group, the Labour Party, Sinn Féin, the Green Party and Senators David Norris and Victor Boyhan.