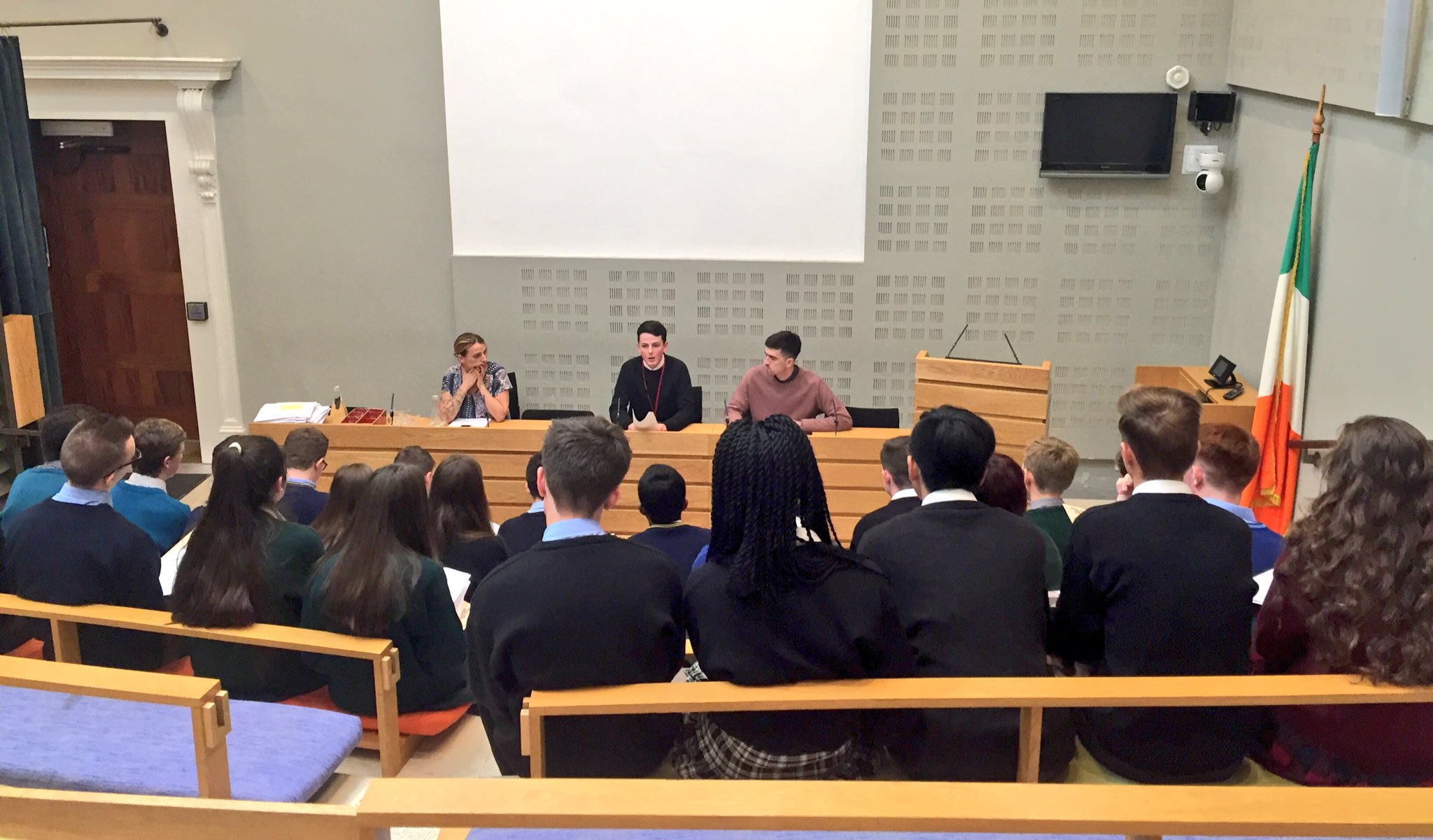 Leinster House, September 29th, 2016: Senators Lynn Ruane and Fintan Warfield will host 25 ‘Trinity Access 21’ Students in Leinster House tomorrow morning to discuss their upcoming bill to reduce the voting age to 16 years of age in local and European elections. The student voice of these discussions will be led by Eoghan Gilroy, a Transition Year student on placement with Senator Ruane, who is participating in the Trinity Access 21 project in Ard Scoil Laselle, Raheny. Eoghan has developed an action research project which invites students to host school discussions on the value of being able to vote at age 16. Participating students will return to the Seanad in the new term and present this information for inclusion in the bill on behalf of Senators Ruane and Warfield.

The 25 Trinity Access 21 students visiting the Seanad tomorrow have been selected based on their engagement in ‘Leadership through Service’ activities with the Trinity Access 21 project. The students will be taken on a tour of Leinster House before gathering in the Leinster House AV Room to discuss the bill and the importance of youth engagement in politics with Senators Ruane and Warfield.

Senator Lynn Ruane, a graduate of the Trinity Access Programmes, commented, “It’s of the utmost importance that young people engage with politics and their local communities as early as possible and the ability to vote in local elections will be an important first step towards making this a reality. Moreover, at this crucial period for the future of the European Union, we need young people to contribute to the debate over the future of our role in that union and how best we can be represented going forward. I sincerely hope that by the 2019 local and European elections, Irish young people will be able to participate in that democratic exercise as fully enfranchised Irish citizens.”

Senator Fintan Warfield, Sinn Féin’s spokesperson on Youth, Arts & LGBTQI+ Rights, said, “Young people are consistently seen as apathetic and indifferent to current and political affairs. The referendum for Scottish independence and the referendum for civil marriage equality represent a reality that is far different. Only by widening the political franchise can we guarantee that the rights of young people stay firmly on the agenda of politicians.”

About Trinity Access 21
The Trinity Access 21 network comprises the Trinity Access Programmes (TAP) and Bridge21. TAP celebrated its 20th anniversary in 2013 and has a long track record of developing innovative educational projects, courses and entry routes for students from socio-economically disadvantaged backgrounds. Bridge21 has a strong recent presence in this area, challenging conventional models of teaching and seeking to change the second level classroom so that students are empowered to teach and learn through technology and team work, and the teacher adopts the role of an orchestrator of learning. SUAS Educational Development and Trinity College were founding partners of Bridge21, which is working closely with the National Council for Curriculum and Assessment on the junior cycle reform programme and its model has been successfully piloted in a range of schools, including DEIS schools that are linked to TAP.

Trinity Access 21 has been developed by Trinity Access Programmes, education innovators Bridge21 and Trinity’s School of Computer Science and Statistics and School of Education. It is being funded by Google, which provided €1.5m in funding, along with other resources and facilities to support and encourage the next generation of computer scientists and technology leaders who will help drive a new wave of innovation in Ireland. Over the three year project it is expected that 400 teachers nationwide will take the postgraduate certificate with a further 600 teachers availing of the option to take individual workshops or complete three course modules to earn a certificate of participation.

A three year longitudinal research study to evaluate the impact of the Trinity Access 21 project has been put in place which looks at student aspirations and the benefits of the course for teachers as well as some of the barriers to successfully introducing STEM/CS and 21st century teaching practices into the classroom.