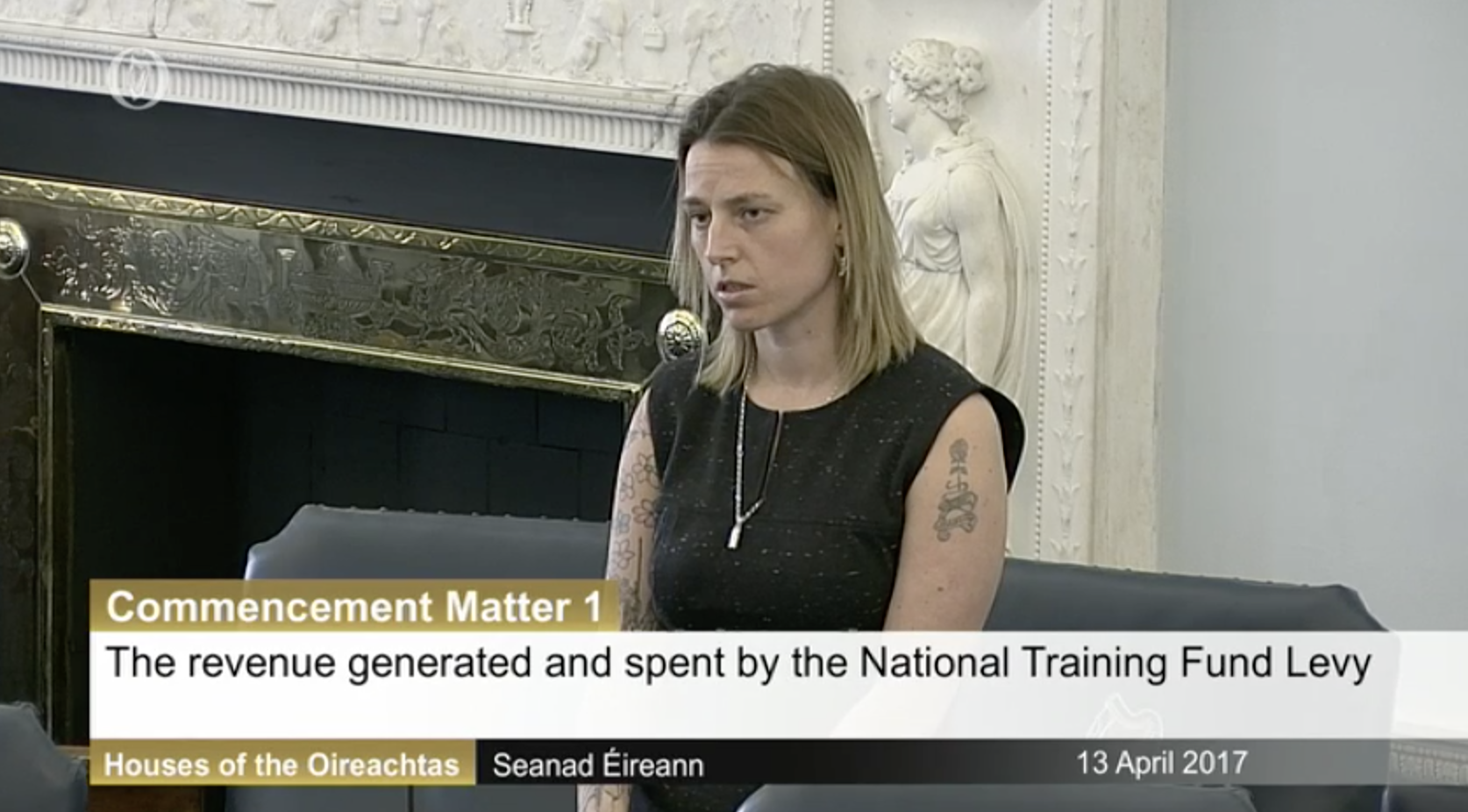 As the Oireachtas Education Committee continues to deliberate on the Cassells Report on higher education funding, I have continued to make the case against student loans and in favour of a publicly funded third level education sector.

On April 13th 2017, I debated increasing the National Training Fund Levy with Minister John Halligan. Employers are a major beneficiary of third level education and it is only logical that they be expected to contribute more to pay for in the context of our current funding crisis.

On May 2nd, we debated the feasibility of student loans for Irish higher education in the Oireachtas Education Committee. I remain concerned that the introduction of such a system would be fundamentally inequitable, bad policy and discourage access to our third level institutions from disadvantaged, minority and marginalised groups. Student loans are a regressive step and will not adequately address our higher education funding crisis. I will be continuing to push for a publicly funded and accessible higher education system in the Oireachtas.