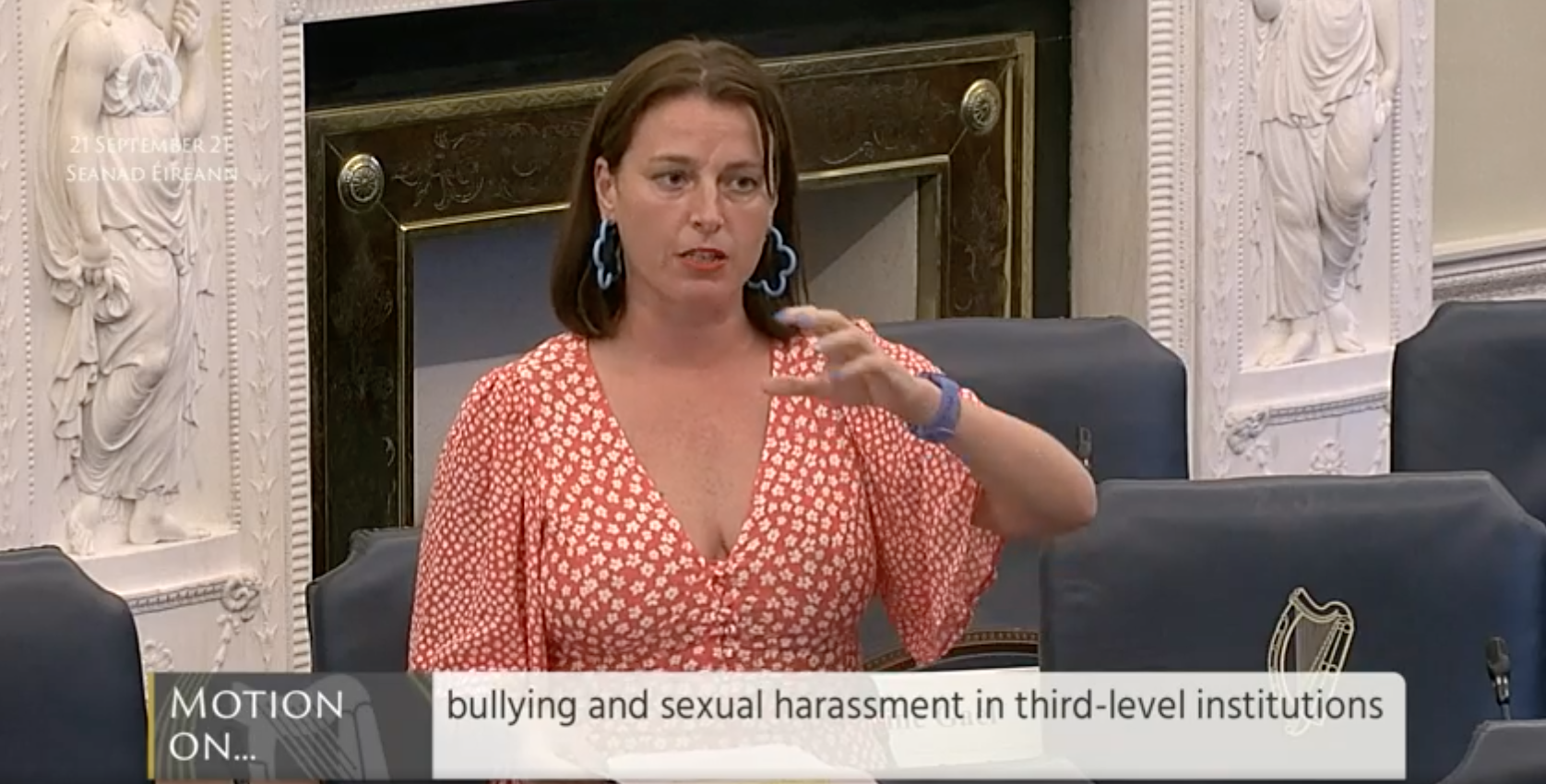 Senator Lynn Ruane this evening introduced a panel debate motion on behalf of the Trinity College Dublin Senators denouncing the use of non-disclosure agreements to silence victims of bullying, discrimination, and abuse in Irish Third Level Institutions.

In the debate with Minister for Further and Higher Education Simon Harris taking place in the Seanad Chamber, Senator Ruane spoke of how she has learned of the prevalence of Non-Disclosure Agreements being used to silence victims of bullying, discrimination, and abuse in Irish Third Level Institutions. Senator Ruane highlighted how the use of NDAs raises significant concerns surrounding the power dynamics in these institutions.

Senator Ruane paid particular attention to the social impact of the use of NDAs in Irish Third Level Institutions. Highlighting how NDAs facilitate the ‘passing of trash’ as the NDAs allow for alleged abusers to move to neighbouring third level institutions without having to face a formal justice process.

In acknowledging full support of the Government in this motion and her NDA bill Senator Ruane is now eager to move these much-needed reforms along and is encouraged by the fact that all parties and none fully recognise the misuse and danger of the continued use of NDAs in the Third-Level sector.

“I am fully against, this Government is fully against, and this house is fully against and the Oireachtas is fully against the use of non-disclosure agreements in cases of bullying, and sexual harassment in the third-level sector and I would suggest any sector. They limit the accountability of perpetrators and that I why we are happy to support this motion tonight.”